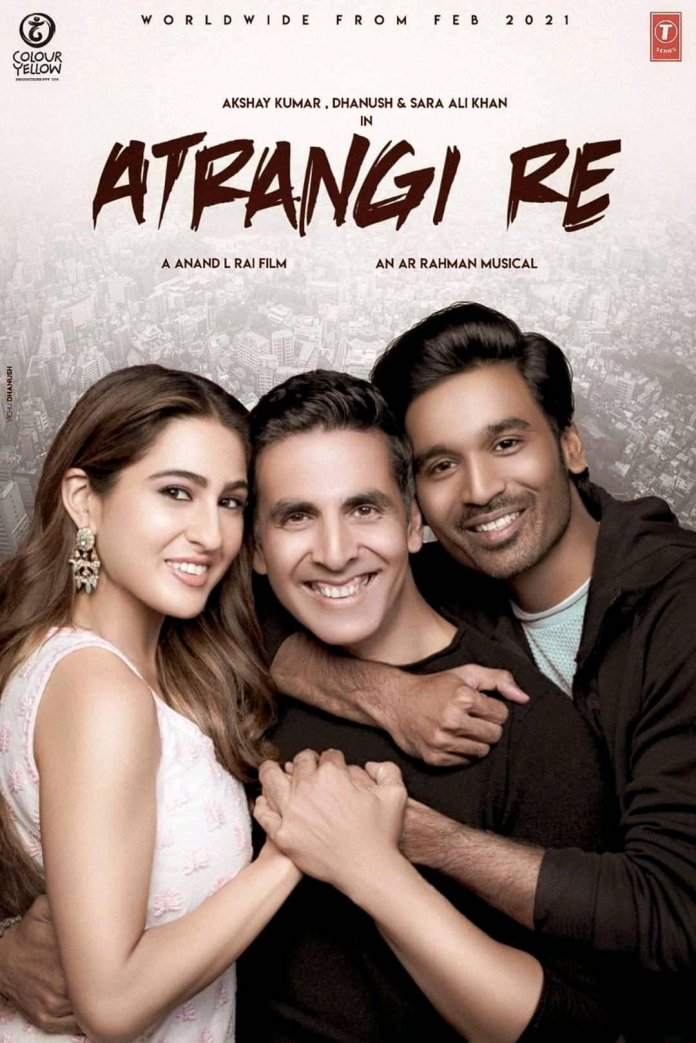 Atrangi Re review: As the name suggests, this one is totally Antrangi

The much-anticipated movie Atrangi Re skipped the theatrical release to make its way to Disney+ Hotstar. Impressive lead cast and backed by Anand L Rai, which has delivered super hit movies such as Tanu Weds Manu, the movie had a lot of things going for it. However, it falls short in terms of delivery.

The movie starts with Rinku aka Sara Ali Khan running away from home and in turn her maternal grandmother. It is then revealed that this is the 21st time that she has attempted to elope with the man she loves. Even a good thrashing does little to deter her spirits and she vows to hit the silver jubilee soon. However, that is not to be the case to be. She is soon married off forcibly to Dr Vishu aka Dhanush.

Vishu is perusing his internship and is just at the wrong place at the wrong time. He already his plans mapped to be a good doctor, good son, a good husband to the woman he was engaged to and these mishaps changes it all. As the worlds of Rinku and Vishu collide we get to see how the two fall for each other and the challenges that they face.

The first half of the movie is breezy and fun. It is well-written, tightly knit and Dhanush infuses life in every aspect of the movie. It is only in the second half that the story starts to get complex and also starts to falter. The treatment of something as sensitive as mental health is not given the attention it deserves. There are many layers that could have been dealt with more sensitively. While Sara Ali Khan tries her best to keep things together, the desired impact is not achieved. Akshay Kumar looks his usual self in the movie, which is a hero that he is in every movie of his. As an audience, one fails to completely connect with him or be drawn to his story and the injustice he suffered.

The music of the movie is given by the legendary A R Rehman, but there are no memorable songs that will leave a lasting impact. While the background score is impactful and adds meaning to the situation, the same cannot be said about the songs in the movie.

This is a total mishmash of a movie, which fails to keep the audience glued. The plot twists that are expected to be a big reveal are rather easy to guess. The only highlight of the movie is Dhanush’s sincere acting and one must watch the movie only for him