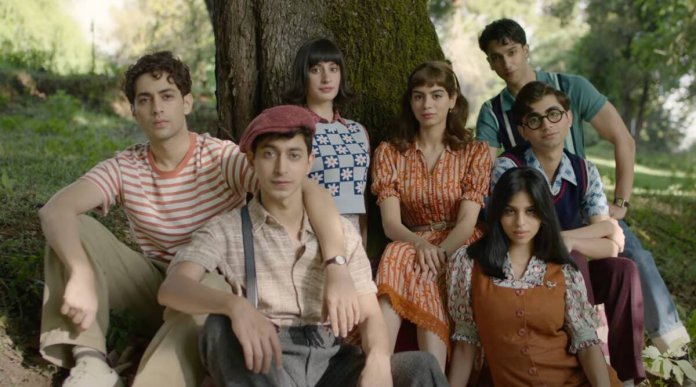 Gauri Khan congratulates Suhana Khan, Agastya Nanda, and Khushi Kapoor on the release of The Archies first look and teaser

Suhana Khan, Agastya Nanda, and Khushi Kapoor’s first OTT film has finally gotten its first look, as Zoya Akhtar published the poster and trailer for the next film. The first trailer for Zoya Akhtar’s Bollywood version of The Archies comics has been released. The teaser shattered the internet minutes after it was released. Suhana Khan’s mother, Gauri Khan, is proud of her daughter and congratulated her on her debut.

Gauri Khan praised her daughter’s work on Twitter, congratulating Suhana Khan, Agastya Nanda, and Khushi Kapoor on their maiden endeavour. In the tweet, she said, “Congratulations… all the best to all the amazing kids and team of #TheArchies . And who better than #ZoyaAkhtar to guide them through this journey!! You did it Suhana!!!!!!!”

The creators tweeted beside the first poster of Suhana Khan as Veronica, Khushi Kapoor as Betty, and Agastya Nanda as Archies, “Grab your picnic baskets and pick out your cutest outfits, we’re going to greet the Archie’s gang. Presenting the cast of THE ARCHIES, a Zoya Akhtar film”. Sharing a teaser, introducing us to other characters from the film, the makers wrote, “The sun is out, the news is out! Come meet your new friends. Presenting to you the cast of The Archies, directed by the fantastic Zoya Akhtar.”

Archie Andrews and his gang, which includes Veronica, Betty, Jughead, and Reggie, have been immortalised in a number of cinematic and animation adaptations. Archie Andrews initially appeared in Pep Comics and went on to become a prominent stand-alone figure in mainstream culture.