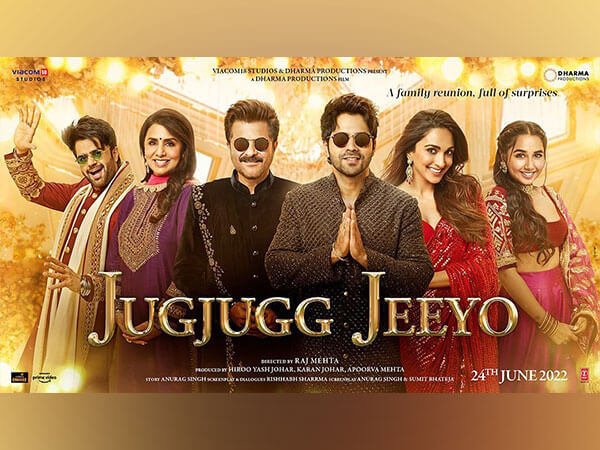 Fans have been ecstatic since the announcement of Jug Jugg Jeeyo. The film’s biggest selling point is its ensemble cast. Fans of Varun Dhawan, Kiara Advani, Neetu Kapoor, and Anil Kapoor have been waiting for the film’s trailer, and the directors have found a method to introduce us to the characters in the form of short snippets. Dharma productions uploaded videos of the performers with voiceovers describing their personalities on their Twitter account.

Anil Kapoor, as Bheem, was introduced to us in the first video. He is dressed in a quirky suit and identifies himself as a self-obsessed individual who wants to be the centre of attention. The next video introduces us to Geeta, who is Neetu Kapoor, who prioritises ‘ghar ki khushi’. The dashing Kuku, Varun Dhawan, who is ‘dil se ameer,’ follows. Then there’s Naina, which is Kiara Advani, who is about to steal our hearts. Last but not least, Gurpreet (Maniesh Paul) and Ginni (Prajakta Koli) introduce themselves in an amusing manner.

The initial posters for the movie recently generated a lot of buzz, and fans adored them. In relation to the movie, a source told us, “It’s a tale of two couples from different generations, entangled around the issues post marriage. The premise beautifully merges the generation gap and puts out a unique point about love, but with ample of humour. Though the key characters of both the films are two couples, the treatment and the story is in a complete different space. Jug Jugg Jeeyo is more about families, and the bond a married son with his father and mother played Anil and Neetu.” The film is scheduled for release on 24 June 2022.