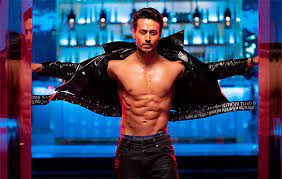 Tiger Shroff has been bringing some of the most incredible action sequences to the big screen since his debut in 2014. The actor, who now is known for his passion for martial arts and fitness, recently spoke out about his desire to pursue action roles in Hollywood. Tiger confessed to Bollywood Hungama that his ‘ultimate objective’ is to pursue action in Hollywood.

Tiger further on his strategy by stating that there is now no youthful action hero in Hollywood. “There is a void in terms of a young action hero in the West,” he said.

Adding, “There isn’t an action hero of my age group, and maybe the kind of things I do. We used to see that perhaps in the 90s. Ever since then, it’s been a while since you have seen somebody with that skill set, portraying action or the kind of action I do at least unless it’s Spider-Man or something. But that is my goal eventually to sort of getting into that space and try my luck in the West,” Tiger Shroff said.

Tiger’s next picture, Heropanti 2, will be released in theatres on Friday.

Previous articleAnimal: While shooting in Manali, Ranbir Kapoor and Rashmika Mandanna were spotted in traditional wear
Next articleAayush Sharma has revealed that he would join the cast of Salman Khan’s flick Kabhi Eid Kabhi Diwali