Janhit Mein Jaari Movie Review: Its allure is ruined by the social message in the end 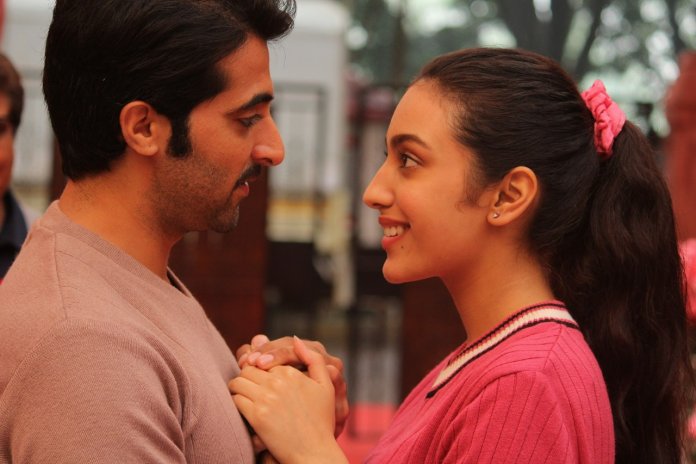 It is an interesting weekend with plenty of content released for the enthusiasts. We had got early access to the series and here is what we think of it.

Set in the 80s the shows bring back a lot of nostalgic memories, from Humara Bajaj to News broadcasts of TV. For those unaware, the Dil Bechara is based on Anuja Chauhan’s bestseller novel Those Pricey Thakur Girls.  The show has a mix of veteran actors and fresh faces. It is an interesting milieu that includes Poonam Dhillon, Padmini Kolhapure, Raj Babbar, Sahher Bambba and Akshay Oberoi.

The storyline is engaging and the cast has done a great job in bringing things together. There are plenty of light moments that make it a breezy watch.

The show starts with Debjani getting a job as a news anchor. At first, she is not convinced that it is a job for her but chides along for her mother and sister. The instant fame and adulation, make her want to stick to this job. While she is soaring new heights in her career, there is also a love interest simmering on the side. It is none other than the neighbour’s son Dylan, that has her attention. He works as a journalist and in a typical fashion, their story starts with the two being unable to stand each other. Their will they-won’t they chemistry is adorable. One can’t help but keep watching to see how the story progresses.

The only drawback is that if the makers could have stuck to the theme of family drama and the 80s and cut down on the unnecessary intimate scenes. At this time, it is difficult to find shows that one can watch with the family and it is sad to see that this could have been a perfect one but falls slightly short in this regard.

In addition to this, attention to detail was missing. While there were constant hammering of the songs of the 80s to make sure one remembers that the show is set in that time frame. However, they were still unable to keep certain aspects of that era intact.

Overall, we found the show to be an endearing watch and would definitely recommend catching this series on Disney+ Hotstar over the weekend or whenever you want to watch a cute simple rom-com.

Previous articleA Must Watch – Hiccups And Hookups
Next articleIs Underwater a horror film?