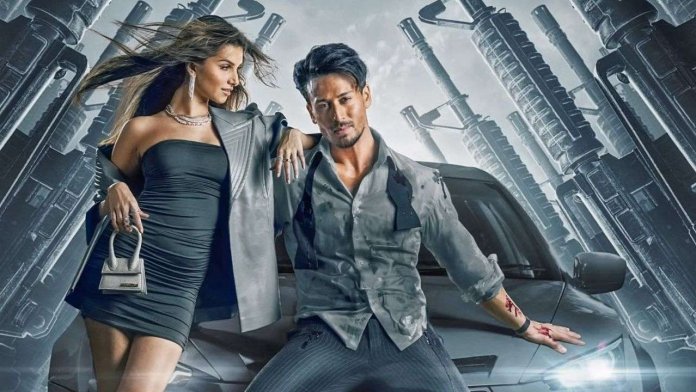 Tiger Shroff and Nawazuddin Siddiqui carry the film Heropanti 2 on their shoulders and offer outstanding performances.

Where to watch: Big Screen Theatres

The Plot of Heropanti 2:

Babloo Ranawat, played by Tiger Shroff, is caught between a Mountain cliff and a sweet spot, with the Mountain Cliff being Laila (Nawazuddin), a hardened digital criminal syndicate leader who wants to plunder the entire country, and the sweet spot being Inaaya (Tara), Laila’s sister.

Babloo, who is also a hacker, joins forces with Laila, but his conscience gets the best of him, and he tries to redeem himself, only to face Laila and his worldwide criminal syndicate’s wrath. What follows is a huge tale of epic proportions.

It’s difficult to categorise the movie’s genre because it has everything from action to romance to gigantic sets, retribution, redemption, social message, and far too many unexpected twists that you can just enjoy the ride without worrying about the genre.

Tiger Shroff made his acting debut with Heropanti, a Haryana-set film, however in the sequel, he has gone all out. The movie has an international feel to it and takes place in some of the world’s most exotic locations. With his film presence, he is more assured, and his character has more nuances and colours.

The plot could have carried a little more drama and complexity, but it’s still remarkable. Overall, the movie does not spend time with nonsense and gets right to the point, keeping the audience involved. In Heropanti 2, the newest trendy meme ‘Chhoti bachi ho kya’ is also utilised. No doubt that the audience will like it as well.

Nawazuddin Siddiqui is indeed a pro at slipping into and out of any role as though it were tailor-made for him. His followers will be overjoyed to see him in a new, trendy outfit.

Amrita Singh is fantastic, and we all admire her comic timing and ability to turn from sad to cheerful.

Sajid Nadiadwala wrote and produced the movie, which features Rajat Arora’s lines. Ahmed Khan, a choreographer turned director, has effectively transformed the entire desi-vibe produced by the first film into a digital arena that has not been seen in Indian cinema before.