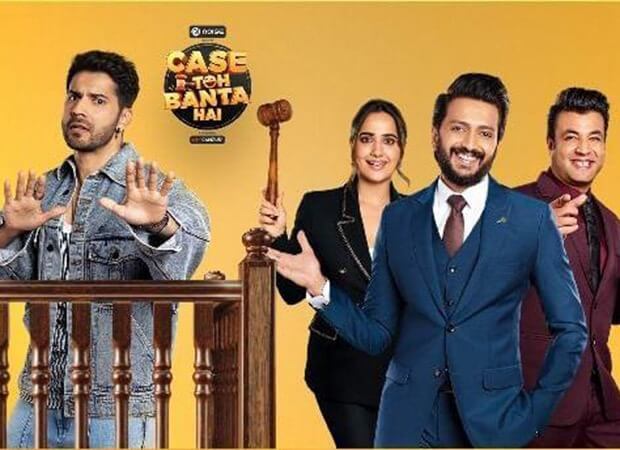 In the courtroom comedy series Case Toh Banta Hai on Amazon MiniTV, Bollywood actor Varun Dhawan is prepared to defend himself against the atrangi ilzaams being brought against him. As the first famous person to appear on the programme, he has to put up with Riteish Deshmukh’s hilarious verbal jabs as Janta Ka Lawyer, while defence attorney Varun Sharma will provide his side of the story as Bollywood ka Insaaf Specialist. Varun’s gracious entrance in the first episode ensures plenty of laughs, drama, and masti.

In a video released just a day before the show launch, Varun is seen requesting his namesake advocate to get him out of atrangi ilzaams levelled by Riteish.

“Case Toh Mera Bohot Sahi Bana Hai! A courtroom where the lawyers, judge, opposition, everyone is your friend and they are roasting you in the best and in the most hilarious fashion! Shooting for Case Toh Banta Hai has been fun to be a part of; kudos to the entire team who made this happen. India’s first official court of comedy is set to send audiences into a laughter riot. Watch me fight all these Ilzaams in my episode, which will stream exclusively on Amazon miniTV”, said Varun Dhawan.

On his Instagram account, Varun also posted a teaser video for the programme in which he can be seen mimicking his JugJugg Jeeyo co-star Anil Kapoor. The Judwaa 2 star posted the video and wrote:

Varun Sharma, on the other hand, posted a video on Instagram in which he plays a lawyer who receives a call from Varun Dhawan asking him to defend the actor against Ritesh Deshmukh’s accusations. Then, calls start coming in from Rohit Shetty and Kareena Kapoor.