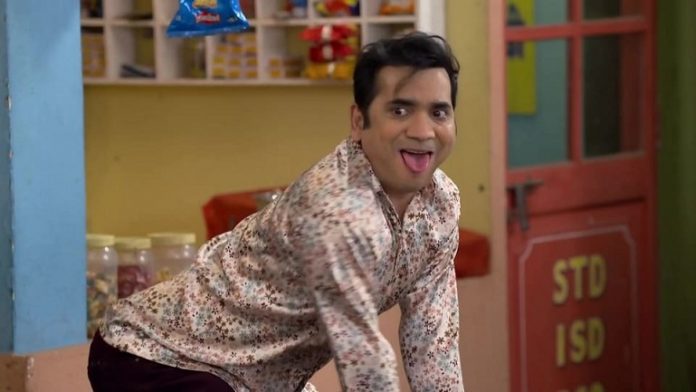 Sanand Verma is playing the role of Anokhilal Saxena in Bhabiji Ghar Par Hain. Sanand has been entertaining the audience since 2015 in the role of Anokhilal. Sanand is happy with the fame he got from this role, but it has not been easy for him to make a place in the world of TV and films. He has rolled a lot of papads to reach here.

In an interview, Sanand has spoken openly about his struggle.

He said, “It was not easy to plan your journey for a crowded place like Mumbai. When I reached Mumbai, I had only Rs 100 in my pocket. I had no idea where to go and what to do. I faced many problems. I spent the first night in Mumbai in a pharmaceutical factory, where there was absolutely no room to sleep. But somehow I slept on a very small place with a sheet. At that time, I did not even have money left to eat food. After some struggle, I got a job in MNC. Here my salary was very good and the lifestyle was also very high-fi, but I left everything thinking that I want to become an actor. I turned around and reached there again.”

“I had bought a big house so all my funds like gratuity and provident fund etc. I had to sell my car to pay the EMI. I started taking the help of Mumbai local train to go to the auditions. But this could not happen to me because I was addicted to luxury lifestyle. After that I left for the audition on foot. I used to walk 50 kms daily from home to give auditions,” the actor said.

Let us tell you that apart from Bhabi Ji Ghar Par Hain, Sanand has also worked in films like Mardaani, Chhichhore, Pataakha and Raid.