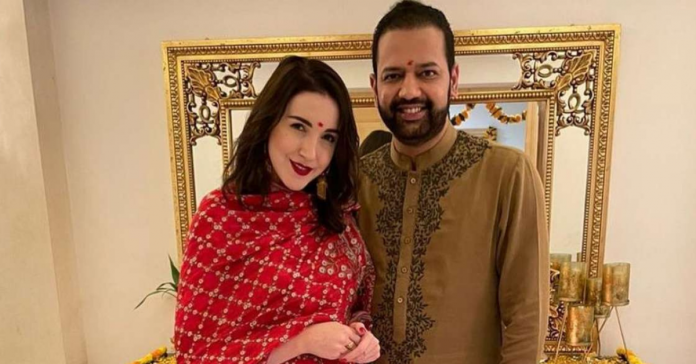 Former Bigg Boss contestant Rahul Mahajan‘s wife Natalya Ilina Mahajan took to social media and penned an emotional note on the ongoing Ukraine-Russia crisis. She mentioned that her family and friends are in Ukraine and she is constantly checking on them.

Russian President Vladimir Putin on Thursday authorized military operation on Ukraine. In her post, Natalya wrote, “My dadi was Russian and my dada was German. My nana was Russian and my nani was Ukrainian. My family was basically formed as a child of WW2… where Russians were against Germans. Right now, seeing Russian people against Ukrainian feels like a family pushed to fight against their own family. My heart breaks into pieces. It’s hard to keep quiet and it’s hard to comment.”

She added, “I have overwhelming feelings about the situation and I keep checking the news and checking on my friends like family who are currently in Ukraine. I cannot take sides. I’m on the side of humanity. I’m Russian and I’m Ukrainian as much as I am German. My heart is with both. And all I wish and pray for is #peace and #nowar.”

A user commented on her post and wrote, “It’s difficult indeed, common people don’t want war. I pray for #peace.” While another said, “Hope our prayers are answered!”

Natalya Ilina Rahul Mahajan tied the knot in 2018. After their marriage, Rahul revealed that Natalya converted to Hinduism. Natalya is Rahul’s third wife, he was earlier married to Shweta Singh (2006-2008) and Dimpy Ganguly (2010-2015).

Rahul and Natalya kept their wedding a secret for a long time. In an interview earlier, Rahul had said, “My previous two marriages happened in a hurry. There was no time to think and though both Shweta and Dimpy are wonderful individuals, we were not compatible. Over the last few years, I realised that I don’t want to be in a relationship for the sake of it. I don’t want to be with someone where there is no way forward. With Natalya, I discovered true companionship, and also, there’s no room for long arguments or differences between us.”

Also READ: Which are the best Barbie movies?