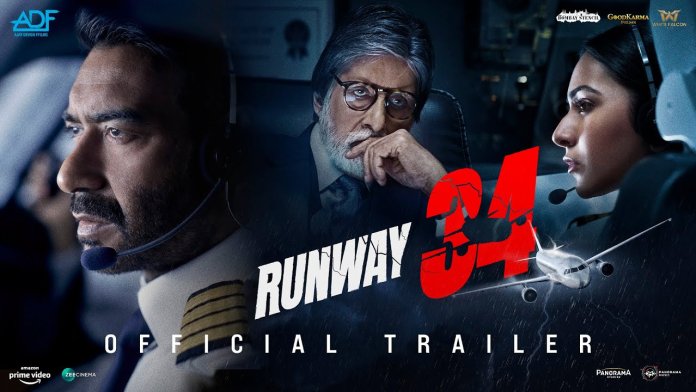 Eid release has become an important calendar event for Bollywood lovers. This time two movies Runway 34 and Heropanti will go head-on on Eid. The trailer of the much-awaited movie Runway 34 was released today afternoon. As soon as it went live, people were quick to draw comparisons of it with Bhuj! They took to their Twitter to claim that this more than three-minute trailer was too long and boring. It failed to capture their attention or draw any interest in the movie. yawn-worthy! The storyline looks confusing.

Runway 34 trailer is also being compared to Tom Hanks’ movie Sully. People feel that this will be a remake and may not be able to live up to the same standards.

Comparing it to Bhuj, Ajay has not evolved from thereon. There is also a murmur that this will be the third consecutive flop for the actor after Bhuj and Rudra. People are also complaining about VFX of the movie being substandard.

Runway 34 not only stars Ajay Devgn but is also directed by him. His track record as a director has nothing to be proud of. Some of the Twitter users have also noted the same and mentioned that the movie directed by Devgn failed to excite the audience. Whether it was the love story like U, Me Aur Hum or the mega-budget Shivaay.

Previous articleHow much is Ranbir Kapoor’s net worth?
Next articleJayeshbhai Jordaar, according to Ranveer Singh, would revolutionise the “concept of heroism on screen”