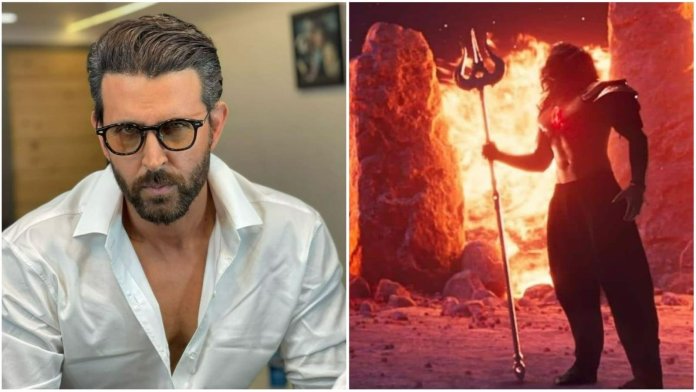 Prior to the premiere of Vikram Vedha, the movie’s leading man, Hrithik Roshan, claims that mythology and folklore may be used as material for filmmaking.

Hrithik Roshan, the star of the movie Vikram Vedha, recently became viral online for making a cryptic remark regarding appearing in Brahmastra Part 2 as the release date of the movie drew nearer with each passing day. Although we don’t have a conclusive response, Hrithik was cited by news outlet PTI as saying: “What is happening? Nothing is happening. Next Fighter will start and then there is potential for others to be made, the ones you spoke of. Fingers crossed.”

Hrithik stated in a statement to the news agency IANS, “India as a country is culturally very rich and has a treasure of folk tales and mythology that can act as fodder to tell stories on the celluloid.”

According to IANS, the fundamental concept of “Vikram Vedha” is based on the Indian legendary tale of Vikram and Betaal.

Hrithik explained the situation to IANS by saying, “To take something like this that we have all heard in our childhood and create this entire story of ‘Vikram Vedha’ and to use it as a device, it’s so sharp.”

On September 30, Vikram Vedha, which also features Saif Ali Khan in the title character, will be released in theatres.

Previous articleKaran Johar is eagerly anticipating the “huge shock” in Madhuri Dixit’s family comedy in the trailer for Maja Ma
Next articleADIPURUSH Movie Teaser Review: This Prabhas starrer promises to be a complete package