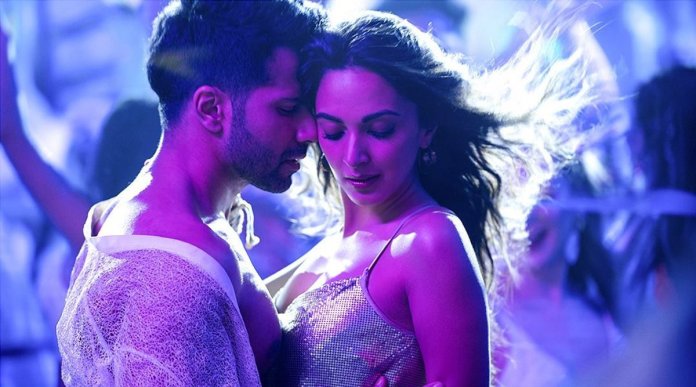 Kiara Advani is overjoyed because her much-anticipated film JugJugg Jeeyo is about to the theatres. Varun Dhawan, Anil Kapoor, and Neetu Kapoor all play pivotal parts in the film. Fans have been raving about it since the trailer was released. The Punjaabban Song has already sparked a lot of interest, and now, on June 6, a new song from the film, Rangisari, has been published. Varun and Kiara star in this upbeat dance routine.

Kiara just released a delightful behind-the-scenes video from the sets of Rangisari. Varun Dhawan and choreographer Bosco Martis star in the video. Kiara and Varun can be seen colouring Bosco in the photographs. The actress captioned the photo in the Instagram stories section, ” “You’re the best, Bosciii! Thank you to everyone who contributed to making this song one of our favourites.” This song was written and performed by Kanishk Seth and Kavita Seth.

JugJugg Jeeyo is a story about two couples from different generations and their individual marital troubles, according to a source who spoke exclusively to Pinkvilla about the film.

According to the source, the family drama will have a unique perspective of love as well as a lot of laughter. The comedy-drama movie is produced by Viacom18 Studios and Hiroo Yash Johar, Karan Johar, and Apoorva Mehta under Dharma Productions, and directed by Raj Mehta, who directed Akshay Kumar and Kareena Kapoor Khan’s 2019 successful movie, Good Newwz. The film will be released in theatres on June 24, 2022.