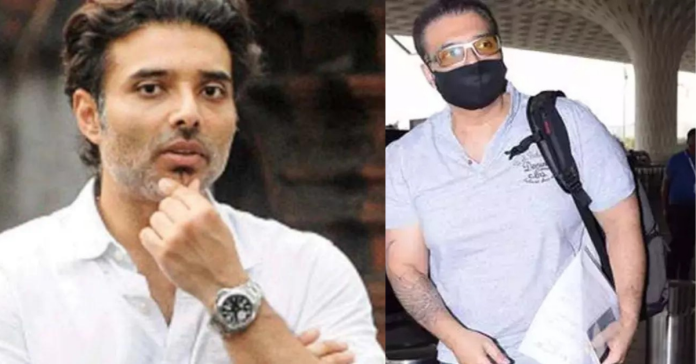 Uday Chopra got snapped at the Mumbai airport on Monday morning. The former actor was spotted at the airport heading out of the city of dreams. He got papped in a casual grey T-Shirt paired with denim. The ‘Dhoom’ actor looked unrecognisable as he got snapped after a long time.

Uday Chopra, who is stationed in Los Angeles for the past few years, reportedly sold his US plush villa in 2018. For the unversed, Uday marked his acting debut with ‘Mohabbatein’ in 2000. He earned fame for his character of Ali in the ‘Dhoom’ series. His last silver screen appearance was in the 2013 release ‘Dhoom 3’,. He then focused on production. Uday backed projects like ‘The Longest Week’ in 2014.

Uday Chopra was in a relationship with actress Nargis Fakhri since 2014. But the duo soon parted their ways. In 2021, Nargis opened up about their romance and had told, “Uday and I dated for 5 years and he was the most beautiful human I met in India. I never have said this to the press as people told me to keep my relationship quiet, but I regret that because I should have shouted from the mountain tops that I was with such a beautiful soul.”

“The internet and social media is very fake and the people out there won’t know what the truth is. Most often we idolize certain people who are actually bad behind closed doors,” the actress said.

Previous articleAlia does a Gangubai style namaste, Hina Khan, Nia Sharma, Rakhi Sawant glam up at ITA awards
Next articleWho were the actors in the 1981 film, Chashme Buddoor?