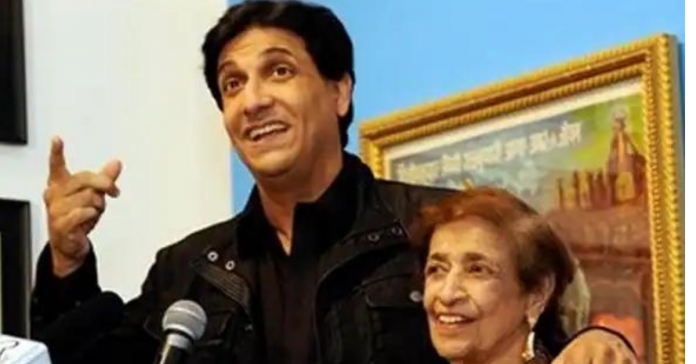 Celebrity choreographer Shiamak Davar‘s mother Puran Davar breathed her last today morning (September 23) morning, due to age-related ailments. As per several reports, she was 99-years-old and had not been keeping well for some time now. Shiamak shared a close bond with his mom.

Sharing a picture of Shiamak and his mother, an official paparazzo account wrote on Instagram, “Mrs Puran N Davar, Shiamak Davar’s mother who was 99 years old passed away today early this morning due to ill health! Condolences to #shiamakdavar and his family. #RIP (sic).” Several celebs and fans took to social media to offer their condolences.

Shiamak is among the most popular choreographers in the Hindi film industry. He is not only celebrated in India but around the globe. The 59-year-old is noted as one of the first to bring contemporary jazz and western forms of dance to India.

Previous articleRajkumar Rao shares throwback pic to celebrate 4 years of Newton
Next articleSunny Kaushal recalls being rejected in first audition: I was told I cannot act