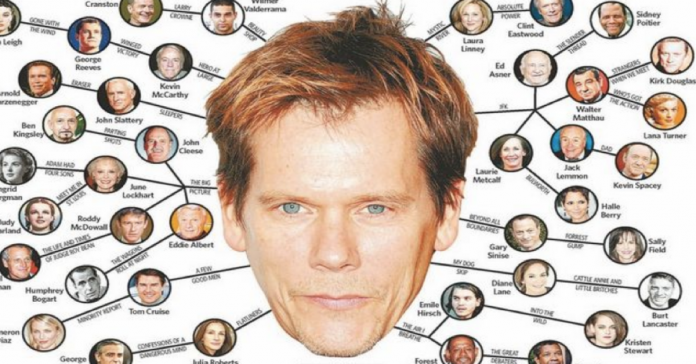 What is the Six Degrees of Kevin Bacon?

Six Degrees of Kevin Bacon, also known as Bacon’s Law, is a parlor game in which players compete to pick an actor at random, connect them to another actor via a film in which both actors have appeared together, and then repeat the process to find the shortest path that leads to prolific American actor Kevin Bacon.

Bacon is the subject of the ‘Six Degrees of Kevin Bacon’ trivia game, which is based on the premise that thanks to his successful cinematic career spanning a wide range of genres, any Hollywood actor may be related to another in a few steps based on their affiliation with Bacon.

The game’s name refers to the concept of six degrees of separation. Despite his initial displeasure with the game, the meme caught on, and Bacon later embraced it, founding the humanitarian organization SixDegrees.org, a social networking tool that connects people and charity.

It is based on the notion that anyone in the Hollywood film industry may be related to Bacon in six stages through their film roles. The game’s title alludes to the concept of ‘six degrees of separation,’ which states that any two persons on Earth are only six acquaintance ties apart.
Bacon founded SixDegrees.org, a charitable organization, in 2007. Bacon launched The Last Degree of Kevin Bacon, a podcast, in 2020.

Also READ: Which Hollywood actor has starred in the most movies?