How is a Rotten Tomatoes score calculated? 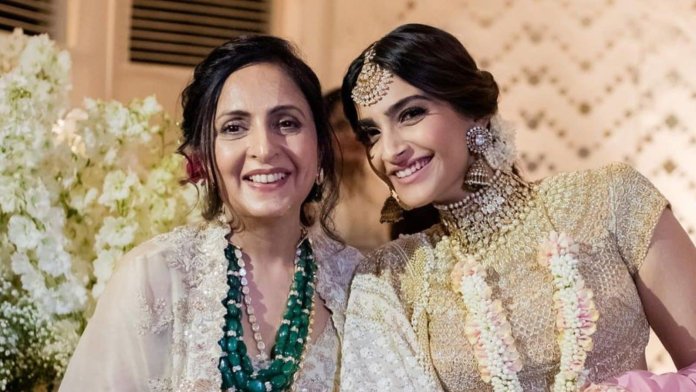 The baby of Sonam Kapoor and Anand Ahuja has a pet name, and Rhea Kapoor has shared a peek of his dramatic entrance

Rhea Kapoor posts footage of their celebration of the birth of Sonam Kapoor and Anand Ahuja’s son.

The arrival of the infant boy of Sonam Kapoor and Anand Ahuja at home for the first time following his birth made yesterday an extraordinary day for the Kapoor family. Anil Kapoor was visibly excited and happy as he emerged from his home, met the media, and prepared to receive his grandchild.

You saw how, prior to the actress and her child entering the house, an aarti was done for them while Anand was holding the child. Rhea Kapoor recently shared a video of their welcoming baby Kapoor Ahuja on her Instagram stories.

The entire house is decked with yellow and blue balloons, as shown in the video Rhea Kapoor shared on her Instagram stories. With this decoration, the house appeared lovely.

Additionally, a “welcome home” banner and a wall bearing the name “Baby Kapoor Ahuja” were placed at the entrance. Even the balloons were labeled “Baby Kapoor Ahuja.” The space also had some floral arrangements. However, it was Rhea’s pet name that drew our eye to Sonam’s child. Welcome home, Simba, Rhea said in a message after sharing these tales.

Yesterday, Sonam Kapoor and Anand Ahuja brought their infant son to the Kapoor house. Anil and Anand gave out candy to the personnel and journalists as they arrived.

Sonam will be sharing her ideas on parenthood, being a first-time parent, and more in the September edition of Vogue magazine. The magazine posted a little extract from the Neerja actress’s interview on their official social media page when she welcomed her child with husband Anand Ahuja. Sonam was quoted as stating, Talking about shifting priorities as a mum, “Priorities do change and I think that the child will become mine. The truth of the matter is that they didn’t choose to come into this world. You decided to bring them here, so it’s a very selfish decision.”

After the release of AK versus AK, in which she played herself, Sonam Kapoor took a break from acting. She was previously spotted in The Zoya Factor, and she’ll be making a reappearance in the OTT crime thriller Blind.