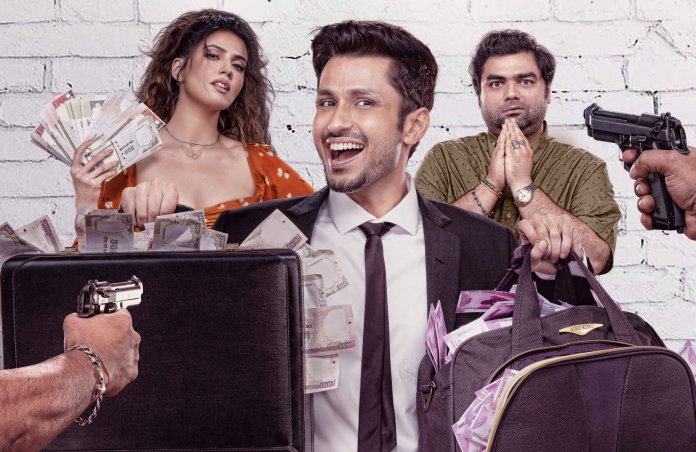 Cash is unique comic dramatisation of life of entrepreneurs… created on the backdrop of demonetisation. Note-Bandi ka start up

Armaan Gulati wants to be the self-made Elon Musk of India, he is never short on bright ideas and start-up plans but he is flat out on his luck. After running three start-ups into the ground, demonetization comes as a blessing in disguise but fate has different plans in store for the ambitious entrepreneur, who somehow wins the day.

Amol Parashar as Armaan Gulati has the zeal, temperament and attitude as a street-smart entrepreneur but he is down on his luck. With his track record of running the companies into the ground with his friend Soda, finds an opportunity to launder people’s money during demonetisation.

But he ends up biting more than he can chew, a local politician’s money gets stuck into a gun-making start-up, his connection ends up bailing out on him and he finds himself in lock-up along with his uncle, girl-friend, best friend.

But he has other plans even during all this chaos happening in his life. The film is a fun-filled ride for all fans of comedy and surprise. Armaan eventually pulls off an impossible heist and saves the day.

Armaan’s character is really relatable and Amol has done a fantastic job portraying a tactful, enthusiastic and full of life character who is always hustling for his next break.

Smiriti Kalra as Neha, and Kavin Dave as Soda, are outstanding as every character is unique. The humour and comedy punches have been presented in a new style.

The movie marks Rishabh Seth’s directorial debut, but we have to admit he has crafted a fast paced film, which is interesting and doesn’t lose its grip at any point. He is someone to watch out for.

The film is co-written by Aarsh, Rishab ans Vishesh. The film is produced by Vishesh Bhatt and one must admit that producer has backed a very interesting young team.