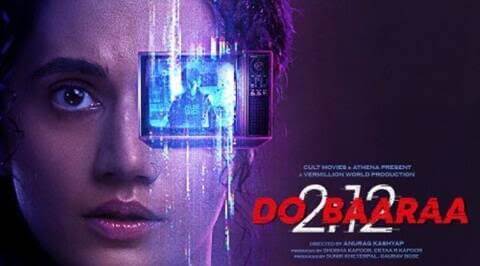 While Taapsee and Rahul Bhatt play the roles in Kashyap’s reworking of the film, the original starred Adriana Ugarte and lvaro Morte, whose acting prowess we got to see through Netflix’s Money Heist. In the meantime, Pavail assumes Chino Darin’s role as the important inspector who is assisting Dr. Antara Vasishth (Taapsee) in unravelling the riddle of the continuum malfunction brought on by a weird old television set.

First things first: the writer surprisingly missed the hint that it’s not Dobaaraa but Do Baara (2:12). The mystery thriller’s creepy prologue scene is the perfect introduction to the story of Antara and Anay, a 12-year-old kid from Hinjewadi in Pune, and how a “toofan” (storm) changes everything for them. A horrific murder, a little girl’s inexplicable disappearance, and the unravelling of the parallel world occur in the timeline of 25 years (1996-2010). If you’re interested in learning more about how this Bollywood movie tackles the subject of time travel, you can read Mirage’s summary.

Moving past the gist, Taapsee once again demonstrates her ability to carry an entire movie on her shoulders. She does a great job as a young mother, an unhappy wife, and even a lady Kabir Singh, despite the fact that her mannerisms may make one think of Vera Roy from the first movie. She virtually convinces those who have seen Mirage forget Adriana’s performance when she’s playing Dr. Vasishth, which is evidence of her acting prowess. Taapsee has been a star from the beginning because she can keep you interested until the very end, elicit all the complex emotions, and make you curious about the mystery’s solution. It goes without saying that, like her past movies, Pannu fans will enjoy this one as well.

Previous articleRaksha Bandhan: Akshay Kumar discusses his relationship with his sister in real life; read inside
Next articleAfter getting married, Vicky Kaushal and Katrina Kaif shot their FIRST project together