ADIPURUSH Movie Teaser Review: This Prabhas starrer promises to be a complete package 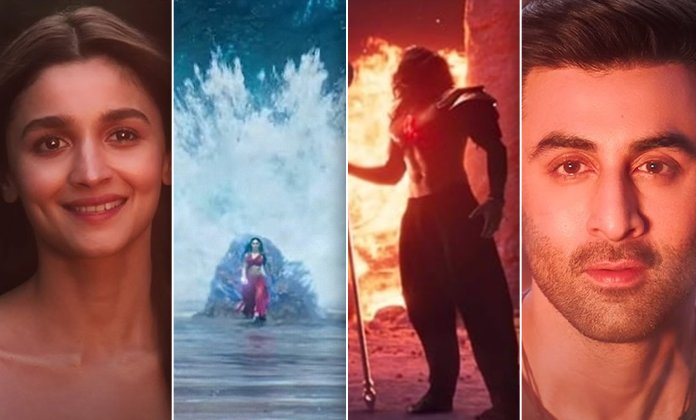 Brahmastra, starring Ranbir Kapoor, is currently having great success at the box office.

Brahmastra, starring Alia Bhatt and Ranbir Kapoor, will be released on September 9, 2022, in Hindi, Tamil, Telugu, Kannada, and Malayalam. Since then, the movie has broken several box office records and is enjoying a fantastic run in theatres. The film is the first of a trilogy that will be the initial entry into a larger film world known as the Astraverse. The film also included Amitabh Bachchan, Mouni Roy, and Nagarjuna Akkineni. In Brahmastra, Shah Rukh Khan also made a brief appearance.

Characters Amrita and Dev, who are Shiva’s parents, were hinted at in Brahmastra Part One: Shiva, the first film in the Brahmastra trilogy. In Brahmastra Part 2, the primary actors Ranbir and Alia discussed who would portray Dev and Amrita. The actress from Gangubai Kathiawadi remarked, “Right now, nobody outside the core team knows who is Dev and Amrita. It is good to have speculations on who will play these characters, but no one knows for now.” Further, she was asked who she see as Amrita, Alia said, “Deepika (Padukone) for sure for Amrita! She is gorgeous and stunning. She has that amazing stature.”

On the other hand, Ranbir believed that Dev and Amrita are undoubtedly the trilogy’s two most intriguing characters. Actor from Barfi said: “And for actors to play this part, it is going to be exciting for any actor. Where the cast is concerned, as in who to cast, I think the way Ayan is looking at the trilogy, the way Ayan is looking at the larger picture, I think it is very exciting. It is only going to get more exciting. We have an inclination in which direction it is going but it is only providing more excitement and more grandeur to the trilogy.”

Also Read: Brahmastra Movie Review: The plot is poor, and Ranbir Kapoor is inappropriate for the role

Previous articleBrahmastra Movie Review: The plot is poor, and Ranbir Kapoor is inappropriate for the role
Next articleKaran Johar is eagerly anticipating the “huge shock” in Madhuri Dixit’s family comedy in the trailer for Maja Ma