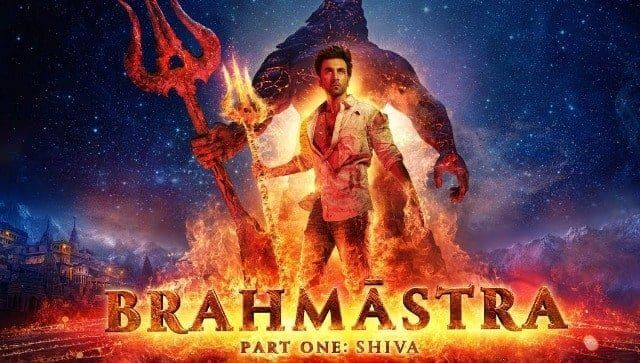 Brahmastra Synopsis: When a young guy on the verge of falling in love learns he has the ability to manipulate fire and a link to a hidden society of guardians, his life is thrown upside down.

Currently playing in theatres is Brahmastra Part 1: Shiva. Amitabh Bachchan, Ranbir Kapoor, Alia Bhatt, Mouni Roy, and Nagarjuna all play significant parts in the movie. In the film, Shah Rukh Khan has a significant cameo role. The movie’s initial reception has been negative, with fans expressing enthusiasm for it. The fact that Part 1: Shiva is the first movie of the Brahmastra trilogy was previously widely known.

Ayan Mukerji has notably failed to develop a fantasy adventure movie’s premise. Finding the three parts of Brahmastra and the fight to keep it alive is pretty puzzling. Both the storyline and the language seem childish. Ranbir Kapoor is not, in my opinion, the proper actor for this part. In the film, Mouni Roy comes across as horrible. The movie’s first half is still better, but the second is notably poor and occasionally uninteresting. The unusually long running duration of Brahmastra is another problem with the film. The spectacular effects and images seem to have been integrated into the story after seeing the entire film.

If we are discussing the positive aspects of the movie Brahmastra, we can say that its visuals and special effects are excellent and look great in 3D. This movie has breathtaking visuals. In their respective parts, Amitabh Bachchan and Alia Bhatt do well. Brahmastra’s 2 tracks are also great. The effort put out by the whole production team is seen on screen. The chase sequences are wonderfully filmed.

Also Read: Ranbir Kapoor and Anil Kapoor seem clean-shaven in a leaked photo taken during a shoot at Pataudi Palace

Previous articleCuttputlli Provides Respite Amidst Bollywood Boycott Culture
Next articleDev and Amrita, according to Ranbir Kapoor, are the trilogy’s most fascinating characters