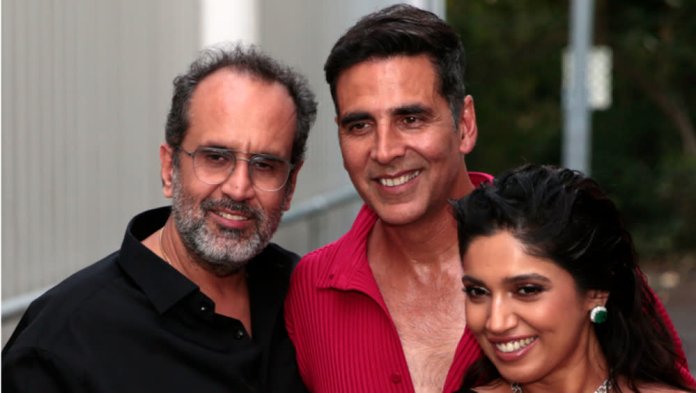 As his movie “Raksha Bandhan” prepares to enter theatres, Bollywood actor Akshay Kumar opened out about his sister Alka Bhatia in a candid interview. He states unequivocally that “sisters are the finest” and claims that his sibling is far superior to him even personally.

Akshay Kumar, who is renowned for keeping his personal affairs private, discussed what a brother-sister connection meant to him personally in an interview with IANS.

“There is no one who can love you more than your sister.”

Talking about his own sister with a heart full of love and joy, Akshay Kumar said: “Sisters are the best and I agree, because when I see my own home I would say that my sister is much better than me as a person also.”

On August 11, the day of the Rakhi ceremonies, the movie “Raksha Bandhan” is scheduled for release. Between brothers and sisters, the Raksha Bandhan or Rakhi celebration is observed.

Just that is covered in the Aanand L. Rai-directed movie!

Akshay Kumar says: “This movie is you can identify this character and what is happening with the character and the film with your own personal life. So the identification of this whole film is very strong because everyone has siblings, if not then they have cousins and so I like to say just one thing that this film is my career’s most beautiful film. I saw the movie so my expectation with the film…”

Although Akshay Kumar admitted he had no idea how the movie will perform financially, he is confident that it will make an impression on the audience.

“I don’t know what the business is going to be like but this film is going to appeal to a lot of people’s personal and family life and a lot of changes will happen. I said the same thing when I did ‘Toilet: Ek Prem Katha’. So, lot of changes happened with toilets then there was ‘Padman’. It became an open topic to talk about sanitary pads which is an important aspect.”

Also Read: Akshay Kumar asks the audience to revive the film industry by coming back to theatres

Previous articleIn this pic from Budapest, Shah Rukh Khan pays close attention to what the director Rajkumar Hirani is saying
Next articleDobaaraa Movie Review: Taapsee Is Just Flawless in this movie