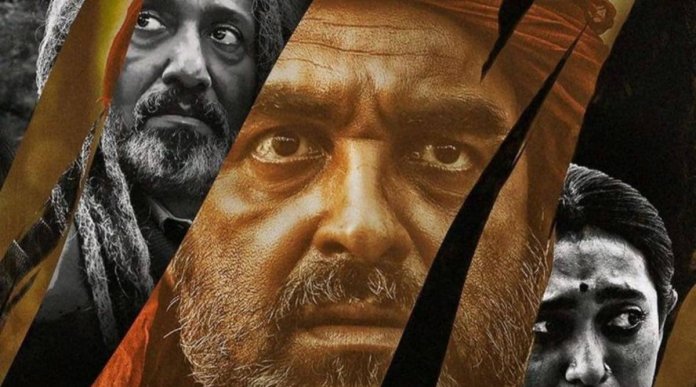 Sherdil: The Pilibhit Saga might have been a ridiculous disaster with fewer competent performers, accomplishing the exact opposite of what a satire movie with a social message is meant to accomplish. The majority of the responsibility for this rests with the film’s co-writers, Sudeep Nigam and Atul Kumar Rai, who are well known for their work on the Autograph and Baishe Srabon films.

The brief plot, which is based on a true tale, offers enough fodder for absurdity and social commentary. A Sarpanch looking for financial assistance for his village discovers a government circular offering Rs 10 lakh in compensation to any hamlet where a citizen has been attacked by a tiger.

Tripathi, the movie’s main character and the clumsy Sarpanch of the hamlet Jhundao that borders the Pilibhit Tiger Reserve, rises to the occasion and engages in remarkable exchanges with the supporting characters when he tries to persuade the locals of the benefits of his plan. From the opening sequences, where a government official talks to Tripathi about the causes of suicide, these encounters are supported by some much-needed dark comedy and gallows humour.

The sequences starring Tripathi and Neeraj Kabi together are the Sherdil’s undeniable highlight. Sayani Gupta does well to represent the Sarpanch’s sceptic wife, and the village’s two senior statesmen have lots of entertaining deadpan moments.

As Mukherji and team incorporate several long views of Tripathi and Kabi ambling about the lush foliage and riverbanks that the reserve’s tigers are known to frequent, the cinematography elevates the majority of the hamlet and woodland settings of Sherdil.

The screenplay’s unwillingness to take chances or say anything intelligent beyond the obvious “poverty makes people do mad things” thesis, though, is what truly hinders Sherdil from being the next Jaane Bhi Do Yaaron or Peepli Live. Mukherji plays it too safe, even with the addition of conversations that find humour in death and structural injustices. The forest sequences pave the stage for a sanctimonious climax that includes an additional lengthy courtroom storyline and one last twist.

Also Read: Who has the most screen time in Mirzapur 2 web series?

Previous articleJug Jugg Jeeyo Movie Review: A Laugh Riot with a tangled storyline
Next articleKhushi Kapoor, Suhana Khan, and Vedang Raina enjoy a day out in the city as The Archies