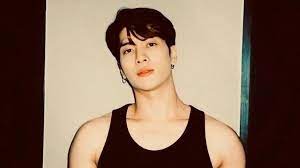 Jackson Wang has been confirmed as one of the first K-Pop soloists to play in Mumbai by Lollapalooza India, and we are thrilled about this!

On November 3, Lollapalooza announced that the Asian version will take place in Mumbai, India on January 28 and 29 and that the lineup was incredibly strong. Jackson Wang from GOT7 has officially been added to the long list of performers at the event, and we could not be more thrilled to see him! Jackson Wang expressed his excitement over his performance on Instagram. Finally, I’m going to India, he declared. Too long of a wait… #MAGICMAN.

Lollapalooza is an annual four-day American music event held in Grant Park in Chicago. It began as a traveling event in 1991, but Chicago became the permanent venue for the annual music festival several years later. Alternative rock, heavy metal, punk rock, hip hop, and electronic dance music are just a few examples of music genres. Visual arts, charitable groups, and political organizations have also been included during Lollapalooza. Every July, an estimated 400,000 people attend the festival in Grant Park, which sells out every year. Lollapalooza is one of the world’s largest and most recognizable music festivals, as well as one of the country’s longest-running.

He created Team Wang in 2017 and began releasing solo songs in China and overseas shortly after. ‘Mirrors,’ his first solo album, was released in 2019 and debuted at number 32 on the Billboard 200 in the United States. He released the new song ‘Blow’ on March 31, 2022, which preceded the release of his whole album MAGICMAN. Soon after, he released two more MVs from the album, Cruel and Blue.

Previous articleWith his mashups, this South Korean musician is breaking through in India
Next articleBlurr movie review: The thriller starring Taapsee Pannu is overly long and flat