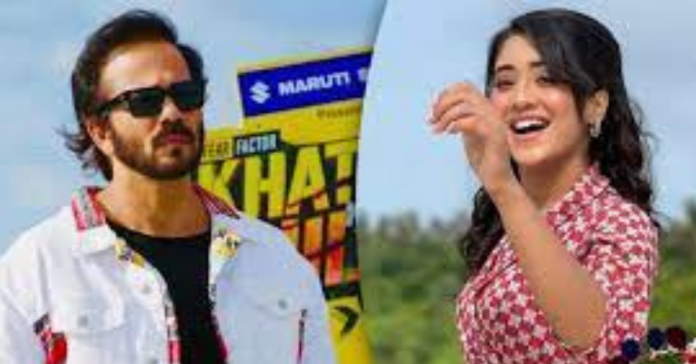 Shivangi Joshi to participate in Khatron Ke Khiladi 12? Deets Inside

Filmmaker Rohit Shetty will soon be appearing in Khatron Ke Khiladi season 12. As of now, nothing has been officially announced, but few names like Pratik Sehajpal, Simba Nagpal, Umar Riaz, and Donal Bisht and has been making rounds. Now, there’s a buzz that Shivangi Joshi, who shot to fame from Yeh Rishta Kya Kehlata Hai fame will also take part in the stunt-based reality show.

As per reports, the actress will be quitting Balika Vadhu 2 to participate in the twelfth season of Khatron Ke Khiladi.

Although nothing has been confirmed yet, if Shivangi Joshi indeed decides to take part in Khatron Ke Khiladi 12 then the actress has to quit Balika Vadhu 2. Meanwhile, she is currently getting positive responses for her portrayal of Anandi. In the recent interview, she said that she would not want to bring any changes to the role. She said, “Nothing was bothering me in my character and I didn’t want anything to be changed. Earlier, Anandi was timid, but now, my character has changed completely. She has become stronger and now she takes a stand for herself and fights for the right thing. The entire attire of Anandi is changed and she has become very modern.”

Previous articleRoadies 18: Sonu Sood on hosting the show ‘I am overjoyed to begin the shoot’
Next articleSidharth Shukla’s Twitter and Instagram account gets memorialised, leaves his fans heartbroken once again