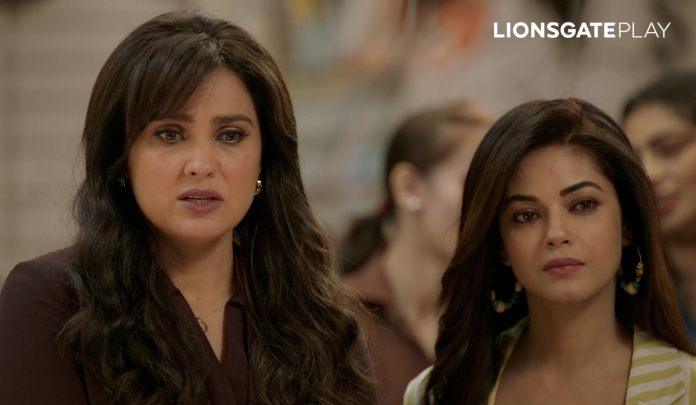 A Must Watch – Hiccups And Hookups

Lionsgate Play’s debut Hindi series, Hiccups, And Hookups, a modern-day drama revolving around a dysfunctional family is refreshing, sassy, breezy, juicy, and full of life and heart, is a must-watch!

Fresh out of saving the country in Bell-Bottom, actress Lara Dutta plays the role of Vashudha Rao, which is needless to say is a multi-layered and nuanced character. She is going through a rough divorce, she is starting her career again, and dating again, she has a trouble-making daughter and one free-spirited brother with whom she shares her house, and to make things a little juicier, her parents aren’t aware of her separation.

Prateik Babbar as Akhil Rao is someone who has found his zen, he is a carefree app developer, who is using his own app to find new partners to date and sleep with, he believes in chilling and partying even harder. The role is custom made for Prateik and he fits it like a hand in glove.

Newbie Shinnova as Kavanya Khattar is a college-going teenager, who is urban and metropolitan in her thought process but doesn’t have a clue about anything.

Kunal Kohli helmer opens a gateway to the inner workings of a dysfunctional family and finds the lighter side of issues, like the old saying goes, add me humor and grimness of life become bearable. The series is first of its kind drama that talks about mature issues and offers practical answers to them.

The closeness and chemistry between the character is just amazing to watch. Especially the way Lara and her brother Prateik share the good, bad, and ugly sides of their relationships with each other.

It is a must-watch, and if you’re a Sanskaari lot, watch it even more so! The show is streaming on Lionsgate Play App.