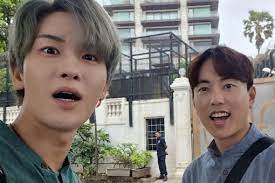 With his dance reels and mashup reels on Indian songs, the South Korean singer, rapper, and composer is making waves in India. His Kpop and Indian music mashups have received a tonne of praise from internet users.

His most recent mashup received a million views, and fans have been begging him to create more. Additionally, his video for the song Cham Cham, which showcased his love for India, became quite popular among Indians. A well-known Korean artist who recently composed the music for the Korean drama Love is Right may also be seen responding to Indian material in several YouTube videos. We look forward to hearing him perform in India.

Just like Aoora, there are other artists as well who have received love from their audience for their songs. By generating popular and meaningful Hip Hop music, a lot of young, brilliant singers are establishing their imprint in this genre. The young rapper and trap musician Bruhaz, from Mumbai, rose to popularity for his prodigious musical talent and is currently expanding his musical career on a global scale.

Also Read: In which South Korean movie husband cheats his wife with a housemaid?

Previous articleWhy is it that when someone gets hurt in a scene in the K dramas, the next scene doesn’t show the scars or anything, they just magically disappear?
Next articleThe trailer for Dushyant Pratap Singh’s “Trahimam,” starring Bigg Boss fame Arshi Khan and Pankaj Berry is out now